MEMORIA is still a family-run business,
based in the community where it all began
over 80 years ago.

MEMORIA, from yesterday to tomorrow 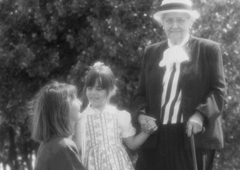 MEMORIA, the legacy of Alfred Dallaire, is a fourth-generation family business, now run by Jocelyne Dallaire Légaré, the granddaughter of its founders, Alfred and Aline Dallaire. Because it evokes our roots and our reality today, the Dallaire name is always part of our logo and is displayed on the facades of our 11 MEMORIA complexes.

Alfred and Aline Dallaire, the builders 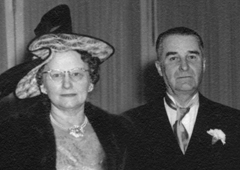 It all began with an extraordinary gesture of human solidarity. In Montréal, in the 1930s, a young Ukrainian woman died in extreme poverty, and no funeral director would agree to hold a viewing. Alfred Dallaire, a taxi driver and barber, transformed his barbershop into a funeral parlour. And that is how our story began.

Of course, Alfred’s intrepidity would not have gone far without the devotion, practical intelligence and acumen of his wife Aline. In fact, it was her, who, between telephone calls, took care of everything, from bookkeeping to floral decorations. 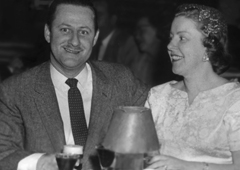 In 1952, Paul-Émile Légaré married Thérèse Dallaire, the daughter of Alfred and Aline. The young couple took over the business, and in 40 years built a vast network of funeral homes. With his entrepreneurial flair, Paul-Émile Légaré quickly made a reputation as a visionary: in 1967, he introduced the concept of prearrangements, and in 1979, he built the first funeral complex, with columbaria, visitation rooms and reception halls. All this, with the support of Alfred, Aline and Thérèse, who was always there to advise and assist him.

Alfred Dallaire died in 1973. To honour his work as a pioneer and mentor, Paul-Émile dedicated the first complex in Laval, inaugurated in 1979, to him. 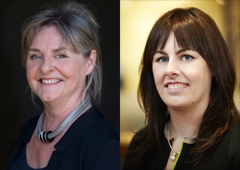 Today, three generations later, the founders’ granddaughter, Jocelyne Dallaire Légaré, is in charge at MEMORIA. Her creative mind is behind the reinvented site design, as exemplified by the St. Laurent complex, inaugurated in 1999. And it was her idea to offer free psychological assistance, to create art circles, to integrate works of art into the funeral homes and to suggest the innovative concept of a drop-in daycare.

She is unceasing in her efforts to think up new ideas and ways to revitalize the services provided. Her creative energy is supported by her close relationship with her daughter Julia and the dynamism of a talented team of craftspeople, artists, counsellors and professionals, who continue to serve families with equal respect for all communities and the same sense of compassion as when it all began.

Today, Alfred Dallaire MEMORIA is 11 complexes, shining examples of a serene modernity and solidly rooted in the foundations of tradition.

This wonderfult tribute to our founder created by Moment Factory was presented at the our 80th anniversary celebration on November 13 novembre 2013.