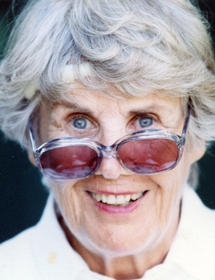 
On August 11 2019, at the CHSLD Château Westmount, Raymonde Marchand Paré passed away peacefully, surrounded by her children.  She was 98 years old.  The only child of  Éva Le Boutillier and J.O. Marchand, she married the late Richard E. Paré with whom she had six children.

She leaves behind her five surviving children, Marie-Claire (Peter Holland) Michèle (the late Claude Leman, Richard Walker), Richard (the late Aline Poulin), Danielle, Denise (Robert Julien), fourteen grandchildren and twenty-six great-grand-children.  She will also be missed by her two remaining sisters-in-law Éva and Nancy Paré and many nieces and nephews on the Paré side.  Her cousins in the Asselin family and many other friends will also mourn her.

In 1993, she married the late Jack Walkden and is survived by her step-daughter Didi Walkden (Warren Hanna).

MamaRay had a rich and cheerful life.  We will miss dearly the twinkle in her blue eyes which so often accompanied her quick wit.  She was a fun-loving and generous mother, grand-mother and great-grand-mother, a faithful friend, a favorite aunt.

We wish to thank all the caregivers who attended to our mother throughout the recent years and the staff of the CHSLD Château Westmount where she spent the two last years of her life.

A celebration of her life will take place at the Saint-Norbert church in Val Morin (6140 rue Morin, Val Morin, QC, J0T 2R0), the next day, August 24 at 3 p.m.  A short burial ceremony will then follow at the cemetery of Val Morin.

There will then be a reception at the Théâtre du Marais from 5 p.m. to 8 p.m.

Donations to the Lucy Griffith and Alphonse Paré Foundation (parefoundation.org) or to another charity of your choice in memory of MamaRay would be appreciated.

Here, amidst the splendour of nature, you can hold a ceremony befitting the person being honoured, someone who truly respected the great outdoors. 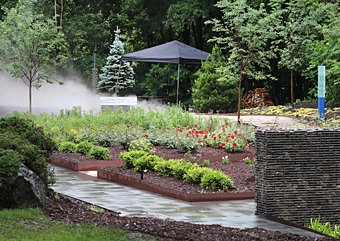