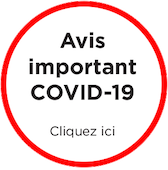 Wally was born in Winnipeg to the late Eric and Frances Fox-Decent, July 22, 1937. He grew up in Winnipeg’s West End, attending General Wolfe and Daniel McIntyre. Always indifferent to sport, he “governed himself accordingly” by being elected class President each year in high school. He proceeded to United College and was active in English and French drama and debating throughout. On graduation, he won the Lieutenant Governor’s Gold Medal for Academic Excellence. Sports did not improve.

He married his life-long love Joan in 1962. They lived together in Winnipeg for 47 years before moving to Montreal in 2009, where Joan would predecease him in 2014. In 1962 he also became a professor of political studies at the University of Manitoba, where he would teach for 33 years. A natural and gifted orator, he would typically lecture without notes, and received the university-wide teaching award twice (though he wasn’t pleased that the prize money was taxable).

Wally’s academic career ran parallel to an exemplary 42-year career in the Naval Reserve. Enrolling in 1954 at HMCS CHIPPEWA in Winnipeg, he eventually became CHIPPEWA’s Commanding Officer and subsequently rose to the rank of Rear Admiral. He reached the apex position of Chief of Reserves and Cadets in 1987, and likewise became the first Canadian to become Chair of the NATO Chief of Reserves Committee the following year.

His third vocation was as a celebrated labour mediator and arbitrator. He settled more than 120 public and private sector labour disputes. The respect he earned from labour and management alike would catapult him into the positions of CEO and Chair of the Worker’s Compensation Board (sometimes held concurrently) from 1992-2005. Recognition of his inspirational leadership and profound ability to bring opposing sides together led to his appointment as Chair to myriad public boards and task forces, including task forces on the Meech Lake Accord and the Charlottetown Agreement, the Labour Management Review Committee and the United Way

In Wally’s heyday, he was larger than life. Bristling with joviality and at times irreverence, scarcely a week seemed to pass without mention of some fresh labour/management fire he was putting out. Winnipeg, for a time, was Wally’s World. His outstanding contributions were recognized by appointments to the Order of Canada and the Order of Manitoba, and numerous awards and distinctions including the Commander of the Order of Military Merit and the Canadian Forces Declaration.

The family asks that in lieu of flowers, those who wish may make a donation to the United Way/Centraide. A service will be held in Montreal on September 13, 2019 at 1pm at the Alfred Dallaire funeral home located at 4231 St-Laurent (condolences and viewing from 10am on), with burial and reception to follow. 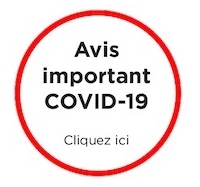